The secret to a perfectly seared steak is to brown the flesh by exposing it to high heat.

As a result, you will have delectable steak. Many people enjoy seared steak, and the reason is not far-fetched. Even though it can appear simple, it’s crucial to be careful with the components you use while searing steak.

Oil is a key component needed for searing steak; with the oil, you can predict how brown and cooked your steak will become before it starts to burn. While there are many different kinds of oil available in the market and at various supermarkets, not all of them are appropriate for searing steak.

Using the incorrect oil might alter the flavor and degree of how cooked your steak gets. For many individuals, finding the ideal oil for searing steak is a major problem, so we decided to offer some assistance.

Best Types Of Oil For Steaks

For searing steaks, here are some of the best and healthiest oils you can use today.

The safflower plant was originally grown for the colors of the flowers, which was used for making dyes, however, since the discovery of the oil, it is now primarily grown for its oil. The safflower oil is versatile as it can be used for medicinal, cosmetics as well as culinary purposes.

Since the oil has a higher concentration of linoleic acid (at 75%), compared to other oils, it may be particularly beneficial in treating conditions including excessive cholesterol, diabetes, heart disease, and stroke.

Safflower is the best oil to use when searing meat since it has the greatest smoke point—510 degrees Fahrenheit. This implies that when you cook your steak using safflower, it won’t burn until it reaches 510 degrees F, at which point your steak must be done.

This allows your steak enough time to cook and brown to your preferred level of cooking time. Safflower oil might not be as widely available as other forms of oil, though. However, you can purchase them online or at specific retailers.

Canola oil is referred to as one of the healthiest cooking oils, this is attributed to the many properties that it contains. Canola oil is gotten from canola seeds which are crushed, to extract the oil.

The oil contains healthy fatty acids as well as other nutrients which are safe and healthy for human health. For searing steak, canola oil is recommended because it can withstand high heat with a smoke point of 400 degrees F.

This makes it very suitable and it gives your steak a lot of time to get done and give the right color. Canola oil is versatile, not only can you use it for searing steak, but can also use it for other types of cooking such as salad dressing, sauteing, grilling steak, deep frying, etc.

Canola oil is very accessible and can be found in different grocery stores and online.

Vegetable oil is a term used to refer to cooking oils derived from plant materials, such as crushed plant seeds. Sunflower, canola oil, and corn oil are all examples of vegetable oil.

However, when you see a vegetable oil bottle at the grocery store, it is often soybean oil, it is also sometimes a blend of different oils, such as soybeans and corn oils. The combination of different healthy oils makes the vegetable a healthy option for cooking and especially for searing steak.

You want to use the vegetable oil as it has a smoking point of 400 to 450 degrees F. which is suitable to get your steak done, without getting it burnt. Vegetable oil is versatile and can be used for several recipes. The great news is that it is accessible and affordable, you can either purchase from your local store or order online.

Peanut oil is regarded as one of the more flavorful oils you can find. If you love nuts, then you will love the peanut oil.

If you are not a fan of peanut oil, you can still make use of the peanut oil as it comes in different types, you can find peanut oil in different ranges from mild and sweet to strong and nutty, all available to suit you.

Peanut oil is filled with good types of fats and is an excellent source of vitamin E. peanut oil is traditionally used for Asian food; however, it has gone international and can be used for different dishes, and due to its high smoke point of 450 degrees F.

It is your best option for searing steaks, grilling, roasting vegetables, etc. you can trust the peanut oil to help give your steak the right flavor, without making it burn. Peanut oil is available in grocery stores and can be purchased online. 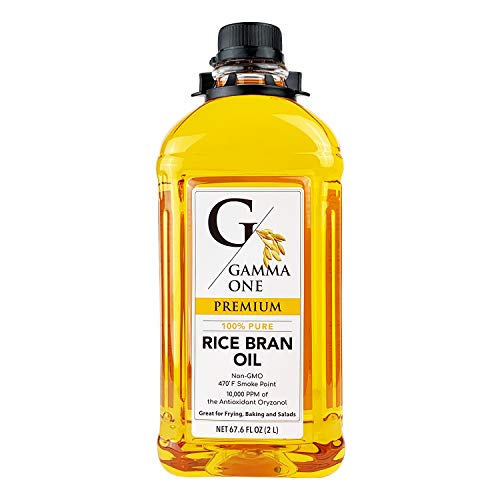 The rice bran oil is from rice bran, which is an outer layer of the rice grain. The oil is popularly used in Asian countries, such as India, Japan, and China.

Before now, the bran part of the rice was used for animal feeding or disposed of. However, in recent times, they are used to produce oil which has both medicinal and culinary benefits. The rice bran oil is full of nutrients that are beneficial to health such as; vitamin K and E.

It is also a great source of good fats (mono-unsaturated).  It is popularly used for high heat cooking, due to its high smoke point. It is suitable for cooking such as searing steak, it gives the steak enough time to get done, without burning.

Not only is the rice bran good for steak for its high smoke point, but it also comes with a unique flavor, which compliments your steak. 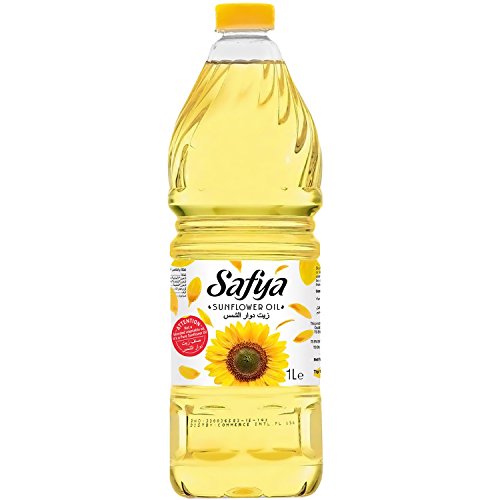 Sunflower oil ranks high on our list of the best cooking oils, notably for searing steak. Sunflower oil, which is made from the flower’s seed, has long been the oil of choice for a variety of culinary uses.

Similar to many other plant-based oils, sunflower oil is full of vitamins E, A, D, and C as well as other compounds that are good for human health. Sunflower oil is useful since it may be used in both cooking and medicine.

The sunflower oil is a great choice for searing your steak because it has a 450-degree F smoke point. 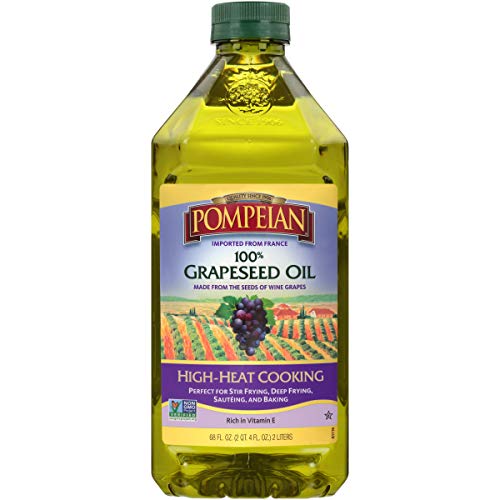 Because of the growing awareness of its many nutrients and advantageous qualities, grapeseed oil has recently gained quite a bit of popularity

The grape seed obtained from pressed grapes is used to make grapeseed oil. The use of grapeseed oil in cooking and cosmetics is advantageous. Do you require the proper oil for searing steaks?

The grapeseed has a high 390-degree Fahrenheit smoke point.

Can I Sear A Steak With Olive Oil?

No, you shouldn’t sear a steak with olive oil. This is because olive oil has a low smoking point and can make your steak burn and turn bitter.

What Oil Has The Highest Smoke Point?

Is Butter Good For Searing Steak?

No, butter isn’t good for searing steak. This is because butter burns quickly and easily as it has a smoke point of 350 degrees F. The burnt butter can make the steak bitter.

There are many plant-based oils available that you can use for searing steak, some of which we’ve included above.

Make sure your oil has a high smoking point since it will assist your steak cook properly and keep it from becoming scorched and becoming bitter.