Apart from delicious food, snacks are one other thing a lot of people enjoy doing. Unlike food, which most times take a long time to get done and which requires a lot of preparation, all you need to start eating your snacks is open and eat them.

Although flamin’ hot Cheetos seem to suit everyone’s taste, some religions are particular about what they eat and do not eat, an example of such is Islam. Just before you stock your house with a lot of flamin’ hot Cheetos, you should find out if it is haram or halal first.

No, flamin’ hot Cheetos isn’t halal, but is haram, meaning it is not permissible for Muslims to eat it. This is because it contains some of the ingredients that are gotten from animals such as pigs. Some other ingredients such as cheese and whey are also not halal.

The Deal With Flamin’ Hot Cheetos

Ever since the flamin’ hot Cheetos hit the market, about two decades ago, it has somehow stayed as part of the top snacks enjoyed all over the world.

Why Flaming Hot Cheetos Is Haram

According to Islam, there are laws on what to eat and what not to eat. While what is permissible for them to eat is known as halal, the non-permissible foods are referred to as haram.

Not only are they restricted from eating some type of meat but all permissible meat must be slaughtered under Islamic laws and principles, animals that are not killed in the right way becomes haram and cannot be eaten.

A major animal that Islam prohibits its followers from eating is the pig and all its byproducts.

Flamin’ Hot Cheetos Has Pork In It

According to the Islamic laws, pork is regarded as impure, harmful, and unhealthy for human consumption, this can be due to the fats, bacteria, and toxins that are in the body of the pig, also taken into consideration the fact that pigs are usually rolling in mud and their excretions.

This also applies to all products in which pork or any part of the pig is part of the ingredients Islam prohibits Muslims from eating meat or food made in the same oil as pork.

Although flamin’ hot Cheetos seem harmless and suitable for everyone to eat since most of its ingredients are made from edible plants, however, this is not so for all the ingredients.

According to the ingredients of the product, flamin’ hot Cheetos contains cheddar cheese and cheddar cheese is made up of (milk, cheese culture, salt, and enzymes), It has been discovered that these enzymes that are used are gotten from pigs, this automatically blacklists the snacks as haram for the Muslim community.

The flamin’ hot Cheetos also contains whey protein, which also isn’t halal if they use rennet.

Does this mean you never get to eat chips or snacks for fear of it being haram? No, there are many other chips that you can eat in place of the flamin’ hot Cheetos, look nowhere else, we have it covered for you. 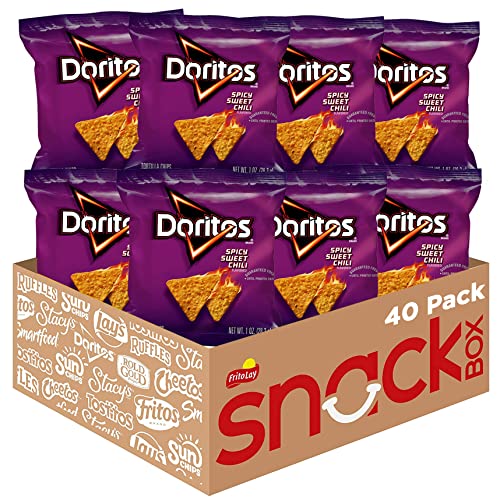 Doritos Sweet And Chilly. Get it on Amazon*

The Doritos sweet and chili is regarded as one of the best flavors, we can attest that it makes eating chili better. If you want to have the sweet and chili taste on your tongue, then this is highly recommended. Not only Is it so good, but it is also halal making it suitable for the Muslim community to eat. 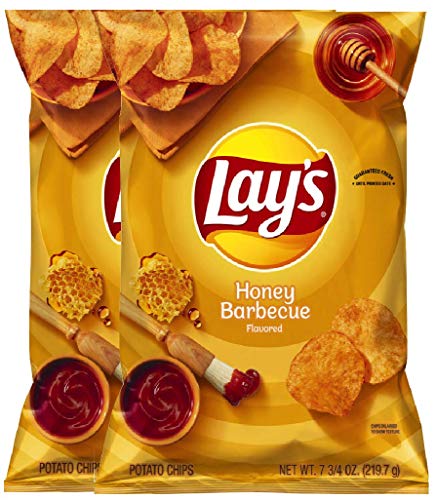 Honey BBQ Lay’s. Get it on Amazon*

Lay’s honey barbecue flavor is an amazing snack that you are going to love, although the honey BBQ potato chips are very similar to the original BBQ flavored chips, however, the honey version comes with a defined sweetness, alongside the slightly tangy taste. The lay’s honey BBQ is a great halal alternative for flamin’ hot Cheetos. 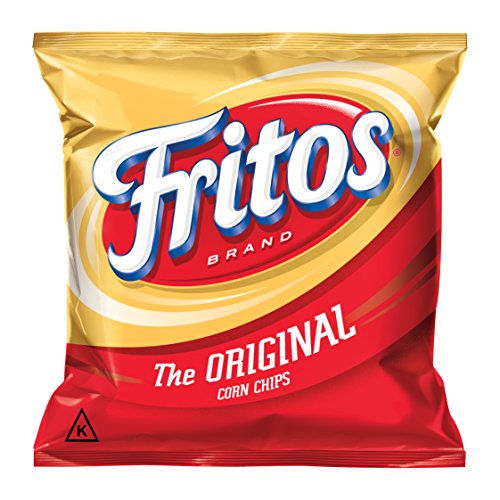 Fritos Original. Get it on Amazon*

The Fritos original is one of the most popular snacks there is, good thing is it is halal and as a Muslim, you can have it. It comes in a texture that has a similarity to tortilla chips, however, it also has its difference. Fritos has the right amount of salt and this is nothing compared to many other chips that we have tasted. Apart from the Fritos original, many Fritos flavors are halal and suitable for you to eat. 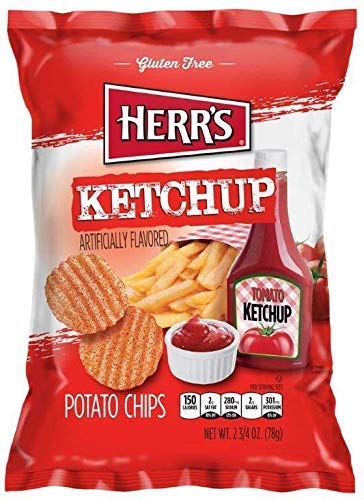 Herr’s Ketchup-Flavored Potato Chips. Get it On Amazon*

We already know you are going to love everything about Herr’s ketchup-flavored potato chips, the chips are properly seasoned and have a nice crunchy taste, with these chips, you can be ascertained to have the ketchup powder all over your mouth. It has a good quality of thickness that we are sure you will love. This is a great halal chip for you to enjoy. 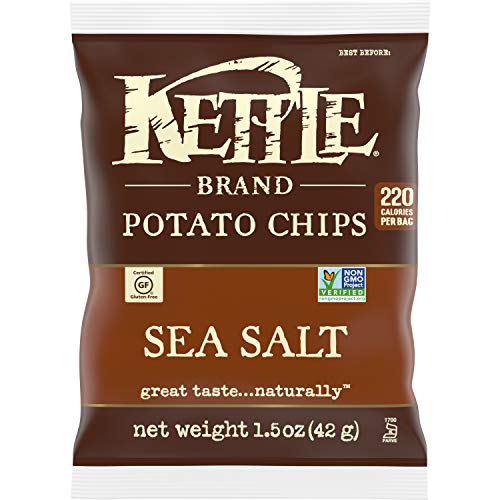 Kettle Brand Potatoes Chips. Get it On Amazon*

We are unsure if you’ll want to taste any other chips after having this one! Kettle brand potato chips are very delicious, very crunchy, and additive. They are made in good oil, so you can be certain they are healthy for you. a single bite will have you asking for more. It’s good to know they can also be eaten by the Muslim community as they are completely free of any haram. 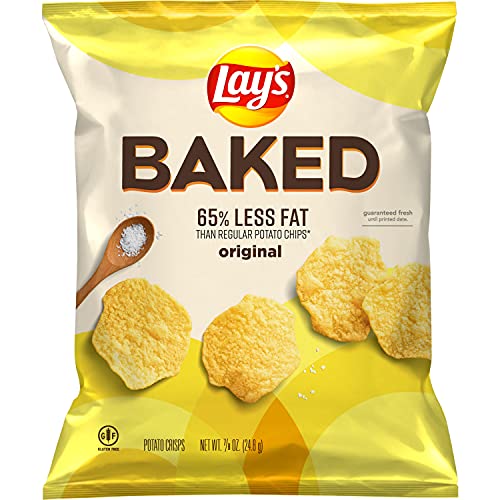 Lay’s Baked Potato Chips, Original. Get it On Amazon*

If you need an original potato chips flavor, then this is it. Not only is the lay’s baked potato chip going to give you the right flavor you need, but they are also very delicious, non-greasy as some other chips, and are healthy as they have fewer calories. They are named as one of the healthiest choices of snacks for everyone, including the Muslim community. 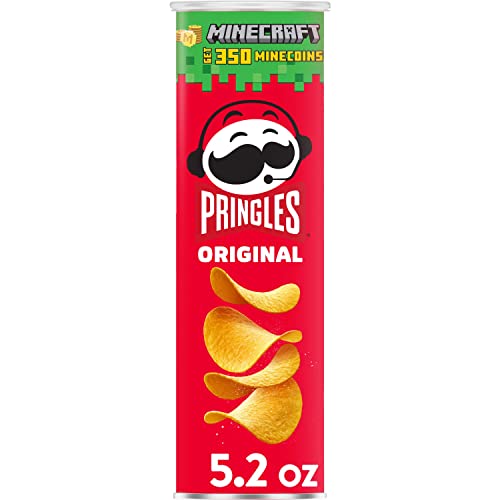 Pringles. Get it On Amazon*

Pringles are one of the most famous snacks in the world and we are not surprised this is so. Pringles come in different flavors and each flavor is a bag of goodness. They have a signature taste of being slightly salty, however, is a great way. Good thing is that you can enjoy your pringles are they are completely halal. 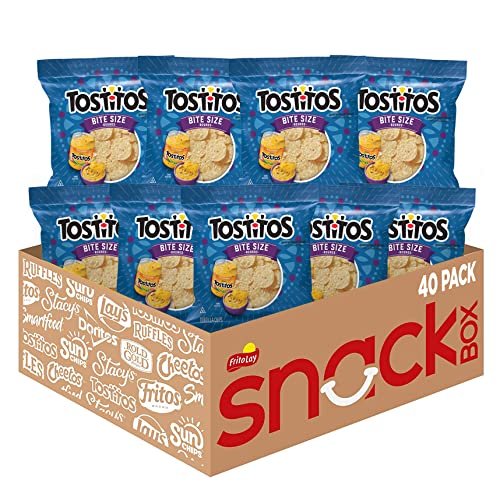 Tostitos. Get it On Amazon*

Tostitos are snacks that can be enjoyed anyhow you want to and can be served at parties. They can be eaten without dip, salsa, or even garnished and still taste great. The Tostitos is a great snack for you if you are a Muslim.

Are Other Cheetos Products Halal?

There is good news after all. After much research, we discovered that not all Cheetos are haram, there are some flavors of Cheetos that are suitable for the Muslim community to eat; the jalapeno Cheetos.

The jalapenos Cheetos is a spicy alternative for Muslims to eat, good thing is that it is also a Cheetos product. Considering the ingredient that is used for jalapenos Cheetos, it is completely safe for you to eat.

This product is made of citric acid, monosodium glutamate, natural and artificial flavors, lactic acid, whey protein concentrate, salt, artificial color, milk-derived enzymes, etc. although the name is Mexican, if you live in the United States, you don’t have to import it, as it is made in the Frito-Lay in the USA.

The Cheetos crunchy Fromage is another flavor of Cheetos that you can enjoy. Although it is manufactured in France. Considering the ingredients and noting that it has no enzyme used in making this, it is safe to eat for the Muslim community.

The flamin’ hot Cheetos is one of the most delicious snacks in the world, however, it is considered haram for the Muslim community.

There are many other alternatives for flamin’ hot Cheetos for the Muslim community, asides from the ones listed above. You can look for the halal logo on any chips before buying them, if it isn’t there, then it is probably not safe for you to eat. 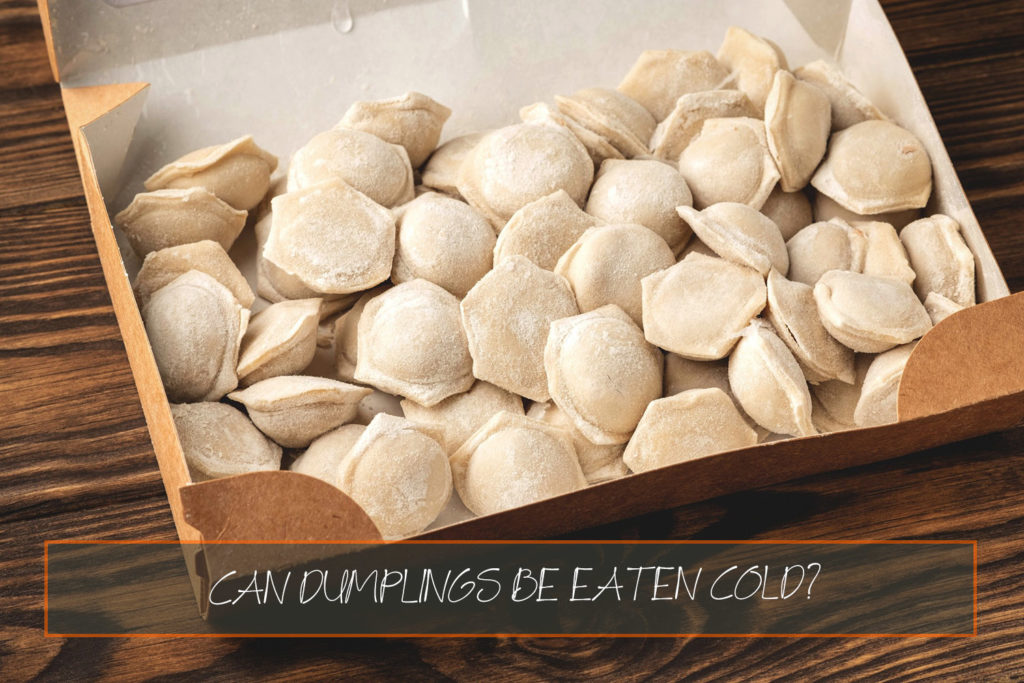 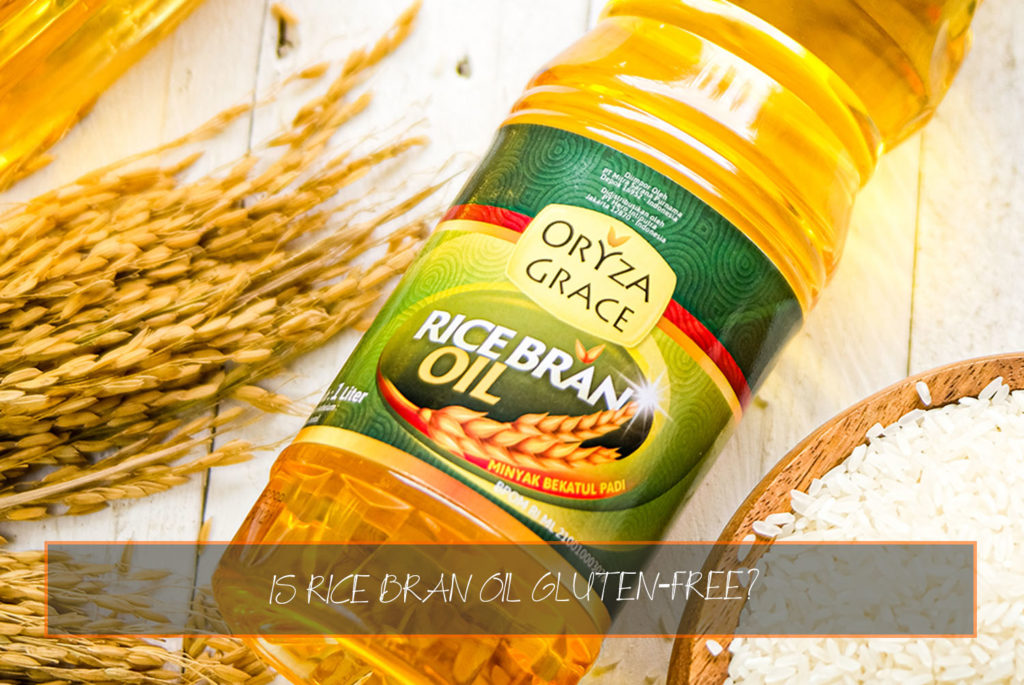 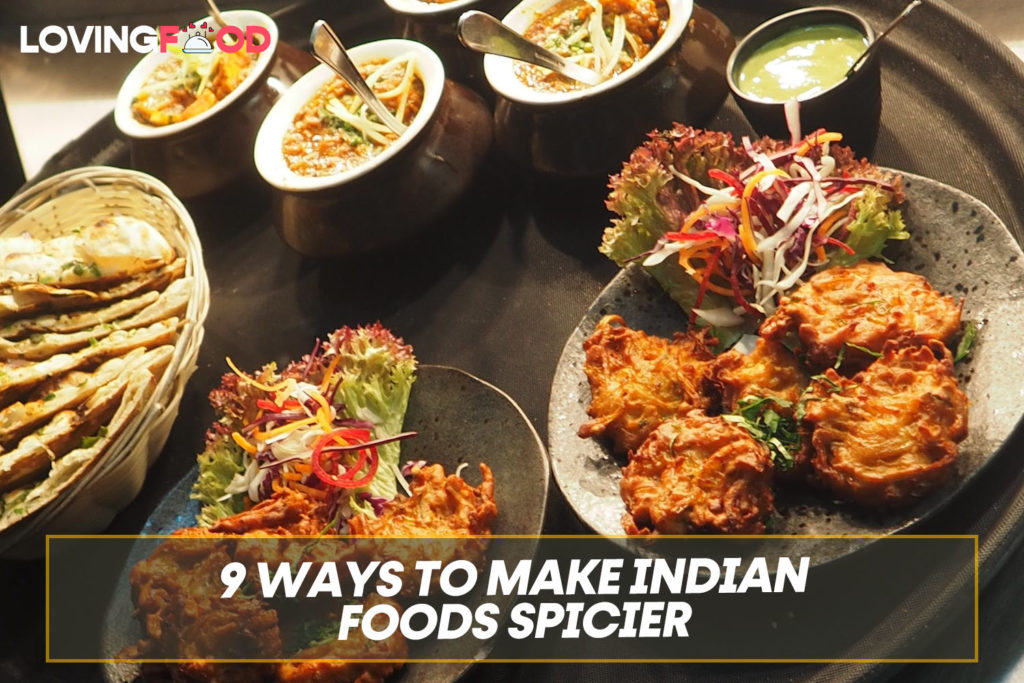 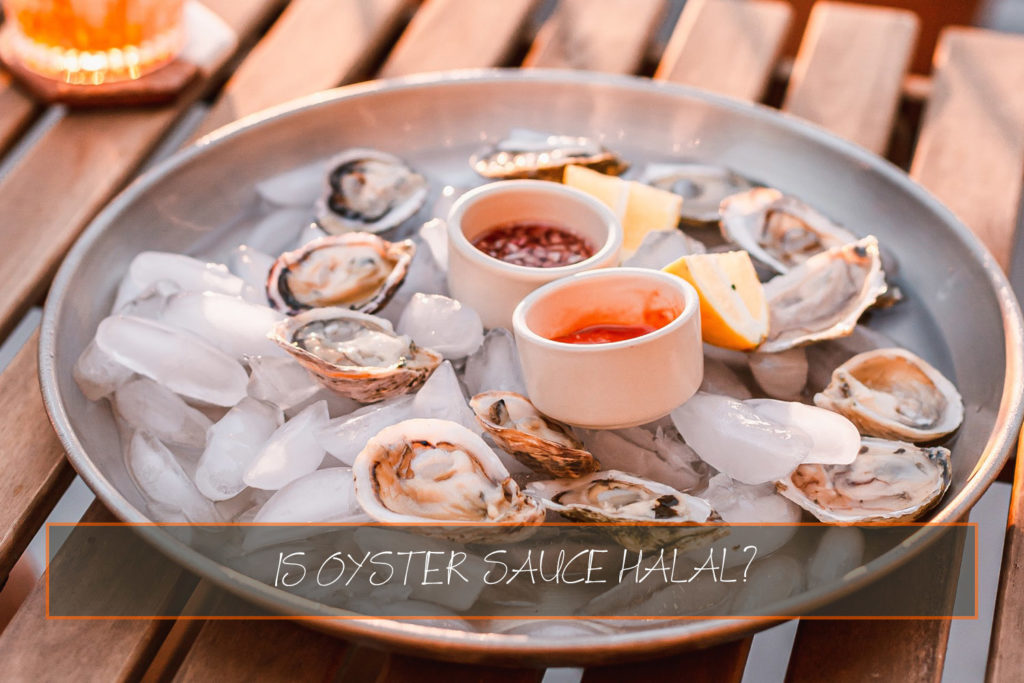 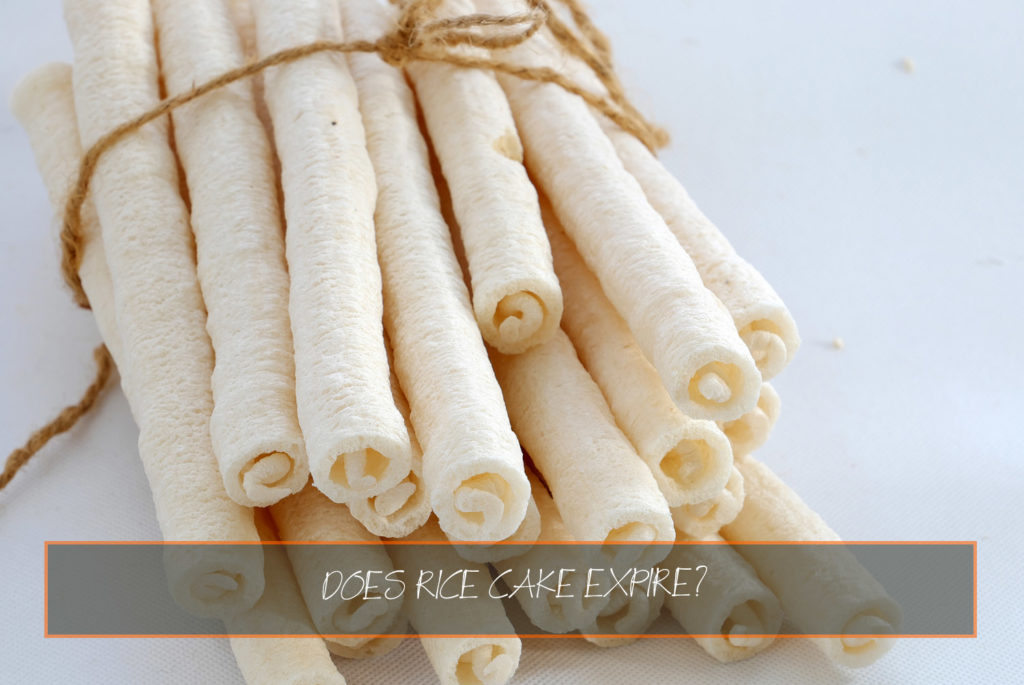